“I am not transgendered.

I am not in the wrong body.

I am not a woman.

I have been very happy as a man for 45 years.

I get the up-side with no down-side!

It’s the best of both worlds.

I’m a man when I need to be and
a woman when I want to be.

All the fun. None of the shit.” 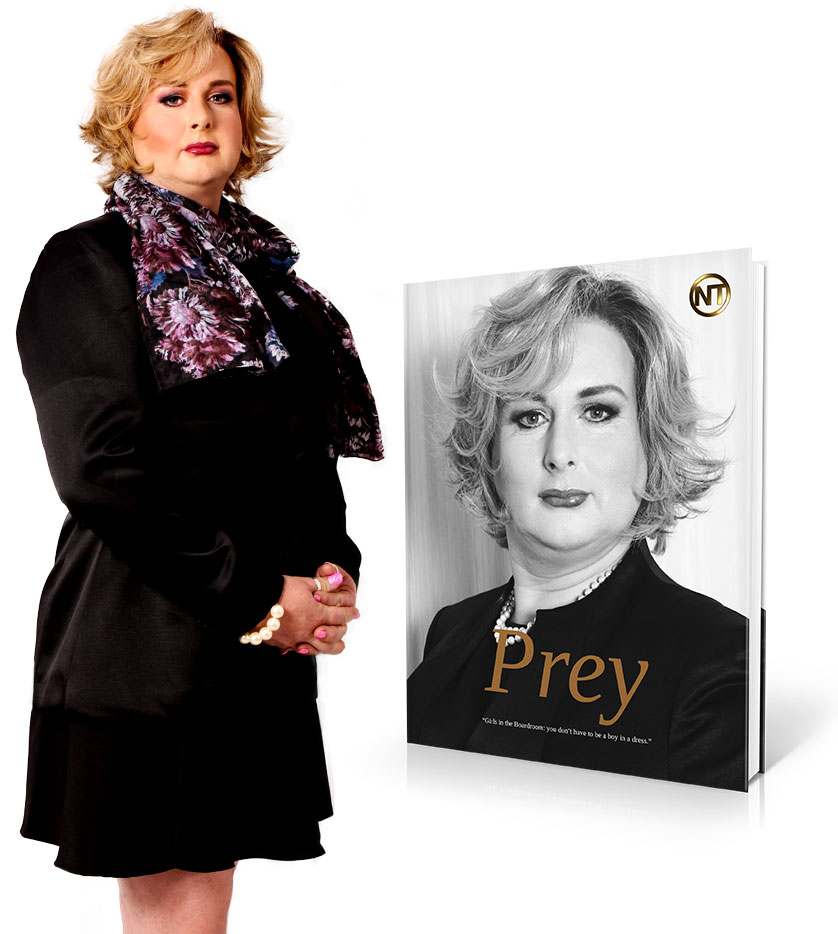 This book documents my journey from Nick, a forty-five year old alpha male, to Nicci, a fashion-obsessed stand-up comedienne, without any messy surgery. I promise no body parts were harmed during the research for this book – although as you will discover one or two freaks have come pretty close to facial disfigurement!

Becoming Nicci has made me learn about myself, my business, my kids and about men and women in general. While I cannot claim to speak for women, Nicci has shown me something of what life is like for women; and it has also made me reflect long and hard about how men’s lives and experience compare.

I guess the most shocking revelation for me in this journey has been the discovery that men are predatory in nature and that, generally speaking, their prey is female. While this may not be news to women, it was news to me. And if I had no idea then it seems fair to say that, as a reasonably intelligent, extremely well-travelled middle-aged male, I’m probably representative of most middle-aged males who also will have no idea how predatory men can be when they think that they are the only man in the room. This inevitably makes women vulnerable. It also makes women into great strategists, developing one coping mechanism after another to keep safe and beat the predators.

Some of what follows will explore how it felt for me to cross the divide between predator and prey, and to begin to understand the assumptions we make about gender roles in modern Western society. One of my observations is that most women are resigned to inappropriate male behaviour, as much as most men are unaware of it. When girls first encounter it they are too young to be outraged and then normalise it as they get older. I, however, was 45 the first time I was groped on a tube. I don’t have the same coping strategies as my girlfriends, and so I am, on their behalf, properly outraged.

One of the assumptions I’ve uncovered is the common belief that it is better to be a predator than it is to be prey. The only thing I can imagine is that scene in Jurassic Park where the raptors are chasing the kids round the kitchen. It’s so terrifying that naturally we would choose to occupy the top rung of the food chain if at all possible. No one wants to put themselves through the terror of being hunted on a regular basis, surely?

But rather unwittingly as Nicci I have joined the hunt as quarry, and gradually come to the conclusion that the universal assumption is wrong. Being prey isn’t dreadful, nor is life as a predator all it’s cracked up to be. It’s a lonely and competitive existence.

The whole of Western society is based upon a hierarchy in which the top rung is reserved for the WASPs – White Anglo Saxon Protestant men: the straighter, richer, more successful, good-looking, charismatic and competent the better. These are the raptors in the kitchen, obsessed with the chase for prey and to reach the top of the status ladder.

Unfortunately for them it is the nature of a journey uphill that there is a tendency to look up and not look back, nor admire the scenery. I think the saddest thing is recognizing that for many men we're so busy competing to be the first up the hill that we miss out on a lot of Life that's happening behind us.

From the predators’ point of view the Game of Life is all about catching the Prey. Men are by and large goal-orientated and action focused; and they are obsessed with women in a way that women are not about men. Much Male to Male banter is centred around “conquests” and the never-ending search for something to compete over.

But for Prey the Game of Life is not the thrill of the chase but the camaraderie and companionship outside the hunt.

The presence of a predator forces the prey to bond together for protection, and bonding with your fellow quarry is delightful. This is what the Sisterhood should be about. As Madeleine Albright observed “There is a special place in hell for women who do not help other women.” There is so much more support, encouragement and fun in the prey camp than the predators will ever appreciate.

I’m not putting women down by referring to them as prey. Prey mentality is not victimhood. Women are no less valuable for being more vulnerable. In fact vulnerability is a great gift because it brings with it the joys of mutual support. However we are in danger of shunning vulnerability as an undesirable state, driven by patriarchal demands always to be strong, never to weaken.

Consequently we are also in danger of lulling our daughters into a false sense of security in our quest for the Holy Grail of gender equality, while leaving our sons out of the loop altogether – because they’ll figure it all out by themselves, right?

Wrong. My experience as Nicci has shown me that we all, men and women, have similar propensities to be vulnerable and lonely, either physically or emotionally. This book is in part an observation that the yardsticks in the gender debate may be all wrong, and that our interpretations of sex, gender and sexuality are entirely misleading and confusing. We need more compassion; more understanding; clearer definitions, clearer aims and a much more honest and accurate approach to choosing how we each individually live our one life.

This is what becoming Nicci has shown me. Welcome to Prey.

✖
Our website uses cookies, which help us to improve our site and enable us to deliver the best possible service and customer experience. By continuing to browse the site you are agreeing to our use of cookies Find out more.